Copenhagen, Denmark — The 5-10 year trend shows that less waste is being landfilled due to reduced generation of some wastes, increased recycling and greater use of waste for energy recovery. The 20+ year outlook anticipates that total waste generation is still high, although implementation of waste prevention programmes could alleviate this. Progress to policy targets includes past successes with some waste streams, but only mixed progress across countries towards meeting recycling and landfill targets. These are the key facts on waste, published in the new „European environment – state and outlook 2015“ (SOER 2015) by the he European Environment Agency (EEA). The synthesis report informs future European environmental policy in general and its implementation between 2015 and 2020 in particular.

As set out in the Waste Framework Directive, the overarching logic guiding EU policy on waste is the waste hierarchy. Viewed against this framework, European trends in waste generation and management are largely positive. Although data gaps and differences in national methodologies for calculating waste introduce uncertainties into data, there is some evidence that waste generation has declined. EU-28 per capita waste generation (excluding mineral wastes) declined by 7% in the period 2004–2012, from 1 943 kg/person to 1 817 kg/person.

Available data indicate some decoupling of waste generation from economic production in the manufacturing and service sectors, and from household spending in the consumption phase. Per capita generation of municipal waste declined by 4% between 2004 and 2012, falling to 481 kg per capita.

Looking beyond waste generation, there are also signs of improved waste management in Europe. Between 2004 and 2010, the EU-28, Iceland and Norway reduced the amount of waste deposited in landfills substantially, from 31% of total waste generated (excluding mineral, combustion, animal and vegetable wastes) to 22%. This was partly due to an improvement in recycling rates of municipal waste, from 28% in 2004 to 36% in 2012.

Better waste management has reduced pressures associated with waste disposal, such as pollution from incineration or landfilling. But it has also mitigated pressures associated with extracting and processing new resources. The EEA estimates that improved municipal waste management in the EU-27, Switzerland and Norway cut annual net greenhouse gas emissions by 57 million tonnes of CO2-equivalent in the period 1990–2012, with most of that reduction achieved since 2000. The two main factors responsible for this were reduced methane emissions from landfill and avoided emissions through recycling.

Recycled materials meet a substantial proportion of EU demand for some materials. For example, they accounted for about 56% of EU-27 steel production in recent years (BIR, 2013). However, the large differences in recycling rates across Europe indicate that there are significant opportunities for increased recycling in many countries. Better recycling technologies, infrastructure, and collection rates could further reduce environmental pressures and European reliance on resource imports, including some critical materials. On the other hand, overcapacity in incineration plants in some countries presents a competitive challenge for recycling, making it harder to shift waste management up the waste hierarchy.

Despite recent progress in waste prevention and management, EU waste generation remains substantial, and performance relative to policy targets is mixed. The EU appears to be progressing towards its 2020 objective of achieving a decline in waste generated per capita. But waste management will need to change radically in order to phase out completely the landfilling of recyclable or recoverable waste. Similarly, many EU Member States will need to make an extraordinary effort in order to achieve the target of 50% recycling of some municipal waste streams by 2020.

The full report SOER 2015 can be downloaded under eea.europa.eu. 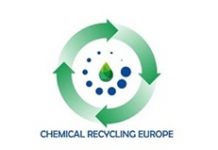 Missed opportunities to improve the current waste and recycling system