Dallas, Texas — The recycling of postconsumer plastic film packaging surged 116 million pounds, or 11 percent, in 2013 to reach a reported 1.14 billion pounds, according to a national report released today at the 2015 Plastics Recycling Conference. This marks the highest annual collection of plastic film – a category that includes product wraps, bags and commercial stretch film made primarily from polyethylene (PE) – for recycling, since the survey began in 2005.

The increases detailed in the report show that greater collection is taking place among small- and mid-sized businesses and that consumers are bringing more of their used flexible plastic wraps to at-store collection programs to be recycled.

“We are pleased to see such strong growth in the recycling of polyethylene wraps,” said Steve Russell, vice president of plastics for the American Chemistry Council. “These increases highlight the critical role that grocers, retailers and other businesses play in collecting this valuable material.”

A separate report found that just over one billion pounds of rigid plastics, excluding bottles (measured separately), was collected to be recycled in the United States in 2013, representing triple the amount collected since just 2007 and a slight dip (one percent) since 2012.

The 2013 National Postconsumer Non-Bottle Rigid Plastic Recycling Report also found a 17 percent annual increase in domestic processing of these postconsumer items, with 67 percent processed in the United States and Canada – the highest rate since the annual report was introduced in 2007.

Of the resin categories measured in the survey, high-density polyethylene (HDPE) and polypropylene (PP) showed modest increases in 2013, with HDPE making up 36 percent and PP making up 39 percent of the total one billion pounds. The primary domestic uses for these post-consumer materials include automotive parts, crates, buckets, pipe, and lawn and garden products. An important driver of domestic processing is the growth of plastic recovery facilities, or PRFs, which purchase mixed rigid bales (typically less valuable) and separate them into segregated resins.

The one-percent decrease in rigid plastics recycling is the only dip in the report’s history and is largely attributable to China’s stricter standards for accepting scrap imports, commonly referred to as the “Green Fence,” which began in 2013.

According to Moore Recycling Associates, the Green Fence had a two-fold impact on markets for recycled plastics: China’s tighter controls resulted in more material available for U.S. plastic processors, and U.S. recyclers have had to meet higher quality standards to sell this material domestically and abroad.

“Recyclers addressed the challenges and opportunities presented by the Green Fence, and we believe that the plastic recycling industry emerged stronger as a result,” said Patty Moore, president of Moore Recycling. “Recycled plastic producers have invested in advanced separation infrastructure or taken other steps to create higher quality bales with greater yields.”

China: Import of solid waste banned as from 2021 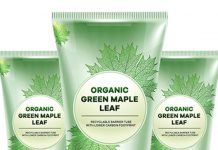 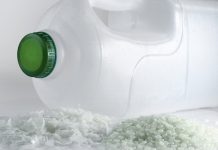