Start Abfall WRAP: Reducing food waste could save the global economy $300 billion a...

Banbury, UK — Reducing consumer food waste could save between US-$ 120 and 300 billion (€106 and 265 billion) per year by 2030 according to a new report by WRAP (The Waste & Resources Action Programme) and the Global Commission on the Economy and Climate. To achieve this would require a 20 to 50 percent reduction in consumer food waste.

One third of all food produced in the world ends up as waste, while the value of global consumer food waste is more than US-$ 400 billion (€353 billion) per year. As the global middle class expands over the course of the decade, the cost could rise to US-$ 600 billion (€530 billion), according to new research conducted by WRAP for the Global Commission. Their report „Strategies to achieve economic and environmental gains by reducing food waste“ also identifies significant opportunities to improve economic performance and tackle climate change by reducing the amount of food that is wasted in agriculture, transport, storage and consumption.

Dr Richard Swannell, Director of Sustainable Food Systems at WRAP said: “Food waste is a global issue and tackling it is a priority. This report emphasises the benefits that can be obtained for businesses, consumers and the environment. The difficulty is often in knowing where to start and how to make the biggest economic and environmental savings. In partnership with UNEP and FAO, WRAP produced international guidance on how to achieve that through implementing effective food waste prevention strategies that can be used across the world.

“Consumers also have a role to play. In the United Kingdom, where we are based, the majority of food waste occurs in the home. Through our consumer campaign Love Food Hate Waste we empower consumers with advice and tips on how to waste less and save more. Between 2007 and 2012, this helped householders reduce avoidable food waste by 21 per cent, saving a total of £13 billion.”

The report highlights how practical changes, such as lowering the average temperatures of refrigerators or designing better packaging, can make a considerable difference in preventing spoilage. Approximately 25 per cent of food waste in the developing world could be eliminated with better refrigeration equipment.

The full paper can be downloaded from newclimateeconomy.report. 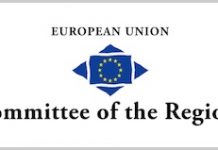