Bristol, UK — Wastewater produced by hydraulic fracturing, or „fracking“, has been chemically analysed in the most comprehensive study of its kind to date. The researchers found that produced water from three US fracking sites contained a diverse array of chemicals including toxic metals such as mercury and the carcinogens toluene and ethylbenzene. However, a group of harmful chemicals, „polyaromatic hydrocarbons“ commonly found in mining and coal extraction wastewater, were absent.

Fracking involves pumping fluid underground at high pressure to break open shale rocks, releasing natural gas. The initial fracturing fluid is made up of water and sand with additional chemicals; however, some wastewater, known as „produced water“, flows back to the surface after fracturing. Produced water can contain a complex mixture of metals, salts and other chemicals, partly composed of the original fracturing fluid components, but also of chemicals released by the rocks in the area.

There is widespread concern about the large volumes of water used for fracking and the effects of the wastewater on human and environmental health. How best to treat the wastewater depends on the specific types of chemical contamination present. For this study, the researchers took samples of produced water from three fracking sites in the US. They then used a number of different analysis techniques to determine the chemical composition of the samples, although not the concentrations of the different organic (carbon-based) constituents.

A wide range of metals were found in all samples, but varied depending on the geology of the area. Among these were chromium, mercury and arsenic, all of which were found at levels exceeding US maximum contamination levels for drinking water in at least one well.

Over 50 different organic chemicals were identified, the majority of which were part of a group of chemicals called „saturated hydrocarbons“. Many of these were common to more than one well. They included the carcinogens toluene and ethylbenzene. However, the researchers did not find polyaromatic hydrocarbons, which are usually found in mining and coal extraction wastewater.

„Halogenated hydrocarbons“ – a group of chemicals containing elements such as chlorine and bromine – were found in all samples. These compounds can cause damage to the nervous system and the liver. The study“s authors suggest these were generated by reuse of fracking wastewater that has been treated with chlorine-containing antibacterial chemicals, a common practice. However, it is not yet clear if the creation of halogenated hydrocarbons from antibacterial chemicals occurs during treatment of wastewater or during reuse. This will need to be confirmed in future research.

The authors believe that detailed chemical analyses of produced waters, such as theirs, highlight problems in wastewater treatment protocols, in particular, the problem of developing a process that removes a wide range of organic compounds.

While the findings of this research are based on fracking sites in the US, they may also be useful for other regions where fracking is being actively pursued, such as the UK, and could help to develop policies and techniques to reduce the risk of environmental contamination. 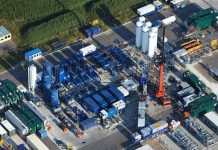 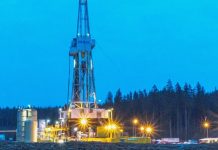