Hong Kong — The Environmental Protection Department has issued the report „Monitoring of Solid Waste in Hong Kong – Waste Statistics for 2013“. The report presents the 2013 statistics on quantities of disposal and estimates of recovery of solid waste, including municipal solid waste (MSW) (comprising domestic, commercial and industrial waste), construction waste and other categories of waste in Hong Kong.

According to the report, the average daily quantity of solid waste disposed of at landfills was 14.311 tonnes, representing an increase of 3.4 per cent as compared with the figure for 2012. Looking at the figures from a medium-range perspective, domestic waste disposal has fallen cumulatively by 10 per cent since 2004 while the 2013 per capita MSW disposal rate per day was 1.33 kilograms, which was slightly lower than the rate of 1.37 kg in 2004. According to the policy targets of the „Blueprint for Sustainable Use of Resources 2013 – 2022“, great emphasis should be given to the per capita MSW disposal rate.

Regarding construction waste, the quantity being disposed of at landfills has dropped by 45 per cent since the implementation of the Construction Waste Disposal Charging Scheme in 2006, while the recovery rate of inert construction materials delivered to public fill reception facilities and other outlets has continued to be 95 per cent.

Compared to the figure for 2012, the total quantity of recovered recyclable MSW materials was down by 0.15 million tonnes, with paper waste accounting for a reduction of 0.13 million tonnes. This reduction resulted in a drop in the MSW recovery rate to 37 per cent in 2013, which was slightly lower than that in the previous year, i.e. by 2 per cent. However, the quantity of MSW disposal at landfills remained stable in the past few years. Therefore, the decrease in the estimated MSW recovery rate has not affected the pressure on the landfills or compromised the effectiveness of the work on waste recovery and recycling.

An Environmental Protection Department spokesman added that the Administration puts great emphasis on waste management work and will continue its efforts in implementing step by step the waste reduction policies and actions in the „Blueprint for Sustainable Use of Resources“. The Administration urges every household and every business to reduce waste at source, support the Food Wise Hong Kong Campaign and strengthen clean recycling.

The report and „Hong Kong 2013 Municipal Solid Waste – At a Glance“, which are available in electronic format, can be obtained from the EPD website at wastereduction.gov.hk. 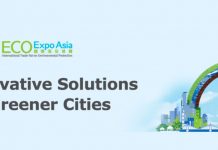 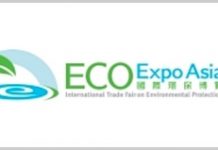 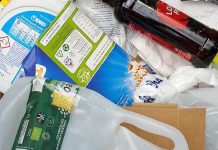