Brussels — “Biodegradable plastic bags are a myth“, said Prof Richard Thomson, during a public hearing on plastic carrier bags organized by the by The Greens/European Free Alliance Group in the European Parliament on February 19th. During the workshop Ton Emans, PRE President of Plastics Recyclers Europe (PRE), confirmed that as little as 2 per cent degradable material in the recycling stream is creating quality problems for recyclers.

The PRE President highlighted these issues by bringing real plastics recycling a bit closer to the politicians and showing a one minute video on how plastics carrier bags are being recycled at CEDO in the Netherlands to produce high quality recyclates. Our future in Europe is about developing quality plastics recyclates for producing new goods and not about down cycling and misleading the consumer about biodegradability and/or compostability of products in the environment (including marine environment) as promoted by certain companies.

Reference was made to the EuPC study of last year where industrial scale tests were performed on PE films produced with recyclates. This independent study demonstrates the problems caused by degradable materials in the actual recycling streams. These are not just studies, but real facts that can’t be ignored, says Emans, if we are serious about plastics waste management.

Prof. Richard Thomson stressed that biodegradable bags are a myth and highlighted the need to concentrate on reuse and recycling in order to reduce the littering issue. According to other panel speakers, degradable material has to degrade in a defined period of time, this means that the material will still be a large threat for this period and this is environmentally unacceptable and creates confusion amongst consumers.

The European Parliament’s ENVI Committee is likely to come with its positions in the next weeks and will need to change its strategy as biodegradable bags are not a solution. All participants at the workshop confirmed that oxo-fragmentation of material is very bad for the environment, hence the need to stop using this type of material. 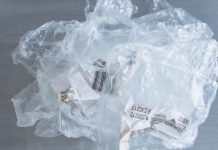