Bramhall, UK — Diversion of carpet from landfill continues its upward trend, rising to a new record-breaking 113,000 tonnes that were reused, recycled or recovered for energy in 2014, according to latest Carpet Recycling UK figures. It’s an increase of 6,000 tonnes on 2013 (107,000 tonnes) representing a diversion rate of 28 per cent. Around 400,000 tonnes of waste carpet arises each year in the UK. The industry body’s success in finding alternative outlets means it has already exceeded its original goal, set in 2008, to achieve 25 per cent diversion by 2015.

Energy recovery was 73,000 tonnes (65 per cent) of the total diversion and reuse/recycling was 40,000 tonnes (35 per cent). The increase in energy recovery follows the general UK trend for MSW incineration as capacity increases, plus the continued strong demand from the cement industry for the benefits of carpet in SRF, particularly chalk content.

Recycling growth in 2014 was strong in segments such as fibre recovery for felts as retailers and flooring contractors saw the benefits of capturing fitting offcuts for recycling.

Carpet tiles were another success story with more than 1.2 million or 330,000 m² collected and diverted from landfill in 2014 to reuse, recycling or energy recovery purposes. Growing carpet tile reuse is expected to rise further in 2015 as initiatives such as the WRAP Carpet Recycling Guide produced by CRUK raises awareness among FM professionals to the opportunities and benefits of reuse and recycling opportunities.

CRUK Director Laurance Bird praised the ongoing efforts and commitment across the entire supply chain in maintaining the momentum and development of new outlets and markets for all types of carpet waste.

“Our 2014 achievements clearly demonstrate that carpet is now regarded as a valuable resource that can be reused in a variety of innovative applications from energy to underlay,” said Laurance Bird, pointing to CRUK’s higher profile as another success factor in their latest achievements.

CRUK grew by 10 per cent from 78 members in January 2014 to 86 in January 2015 thanks to ongoing recognition by the carpet recycling supply chain of the benefits of working together to implement sustainability within the carpet sector.

“Last year enquiry levels from local authorities, waste management companies, retailers and contractors increased compared to 2013, reflecting a welcome and greater understanding of our aims and what we can offer in terms of a sustainable and practical alternative to landfill,” added Laurance Bird. 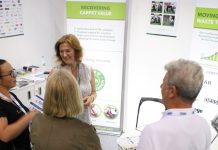 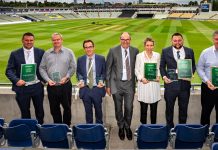