Paris, France — The European Recycling Platform begins 2014 with a new milestone. It has recycled over 2 million tonnes of WEEE since it began operating in Europe. This is the equivalent of removing 8 million cars from European roads for an entire year. „We are delighted with our 2 million tonne collection landmark“, said Umberto Raiteri, ERP CEO. „The life span of electrical goods has decreased dramatically.“

And he added: „As newer and better products are continually launched onto the market, consumers upgrade and discard obsolete models. Staying ahead of the continuous production of WEEE is a true challenge. ERP is the only true pan-European compliance scheme, perfectly positioned to assist communities to recycle WEEE and industry to meet the increase in compliance targets across Europe in line with environmental regulations.“

ERP recycling and take-back services have:

This important milestone coincides with the upcoming transposition of the WEEE Directive Recast (February 2014) which was requiring all Member States to implement the WEEE Directive Recast. At the moment only few Member States have published the related local new legislation, while the majority of States are still evaluating how and when the new compliance requirements and targets will be implemented.

The European Recycling Platform (ERP) recently announced details of its EuropePlus Package ensuring electrical device producers and importers are best placed to meet their compliance obligations as industry braces itself for the transposition of the WEEE Directive recast before the February 2014 deadline. ERP is the only true pan-European compliance scheme, trusted by over 2,400 members across Europe, and now with the extension and enhancement of its EuropePlus Package it is first to the market offering its Europe-wide compliance expertise for WEEE and Batteries. 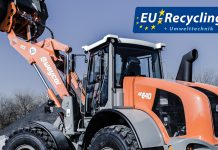 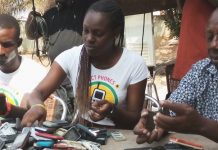