These figures and many others can be found in the new „Digest of Waste and Resource Statistics – 2015 Edition“, edited by the Department for Environment, Food and Rural Affairs. The digest is a compendium of statistics on a range of waste and resource areas, based on data published mainly by Defra, WRAP, the Environment Agency, Office for National Statistics and Eurostat. They are collated in this Digest for ease of use.

The digest is aimed at a wide audience, including policymakers, analysts and specialists in the Defra Network, Environment Agency, WRAP, other organisations, the waste sector, academia, other researchers and consultancies.

It starts with a section on resource use in the UK, followed by sections looking at waste including amongst others waste arisings from commercial and industrial sectors, waste from the construction, demolition and extraction
sector, figures on the repair, re-use and leasing sectors and data on employees in the waste sector.

The digest can be downloaded under gov.uk. 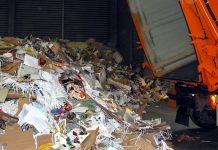