Bristol, UK — Flat screen televisions and computer monitors should be designed so they can be quickly dismantled for recycling, a recent study says. The researchers calculated that in order to ensure the recycling process remains economically viable, it must be possible to disassemble small screens in less than 11 minutes. Good design could lower the costs of recycling and enable near-total recovery of precious metals from the waste screens. For this study, researchers investigate practical recommendations for the eco-design of electronic flat screen displays to make them easier to recycle and to improve resource efficiency.

Manual dismantling is an important part of the complex recycling pre-processing phase as it allows over 90 per cent of the precious metals in waste flat screens to be recovered. Manufacturers continuously research how to improve the design-for-disassembly of flat screens, thereby improving the cost-effectiveness of manual pre-processing. However, the researchers warn that, within the next decade, screens are likely to become more complex in design and will need longer to take apart. This would make manual dismantling economically infeasible, and new shredding techniques more attractive, because they are quicker and cheaper. However, it is difficult to separate and recycle precious and scarce metals from shredded material.

For manual dismantling to remain viable, the researchers calculated that it must be possible to disassemble small displays (51 cm screen) in less than 650 seconds (10.8 minutes). Large displays (94 cm) should take no more than 1280 seconds (21.3 minutes) to dismantle. They reached these timings by considering two key recycling costs: labour costs of dismantlers, assumed to be around €150 per day, and the value of precious and scarce metals in the displays‘ printed circuit boards and thin-film transistor panels. Precious metal recovery is the main economic driver behind WEEE recycling.

Manufacturers could use these target disassembly times as design objectives, the researchers say, and they discuss a number of options. Dismantling is quicker if screws, instead of glue, are used to fix components, for example. However, many screws in a variety of sizes will slow the process. It may even be worth reconsidering the design of the whole product, they say, as circuit boards and thin-film transistor panels are currently deeply embedded in the product, making them difficult to access.

To encourage better design, the EU’s Ecolabel could be awarded to flat screens with short dismantling times, the researchers suggest. This has now been included in the last draft of the Ecolabel criteria on electronic displays (and computers) that are currently subject to revision and scheduled to be adopted in 2015. Products which take too long to dismantle could be removed from the market under the Ecodesign Directive.

EU production and recycling of plastics need a common answer 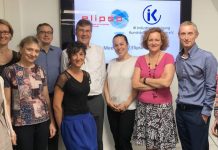