Brussels — In a statement at yesterday’s hearing of the European Parliament’s ENVI Committee, FEAD reiterated its support for the Commission’s legislative proposal on Circular Economy and called upon the European Parliament to keep putting political pressure on the Commission to retain the proposal in its Work Programme for 2015. In December, the Commission had announced its intention to ditch around 80 new pieces of EU legislation, the Circular Economy Package being one of them.

“The envisaged targets on waste, recycling and waste prevention are ambitious. Nobody will deny that. And everyone recognizes that they will require serious efforts, in particular from the new EU Member States that have only just begun to develop a proper waste management infrastructure. There is no doubt that the Package has its shortfalls, especially with regard to the financial instruments needed to reach the targets. But no Commission proposal has ever come out of a legislative procedure without amendments and improvements. This is exactly the role of the European Parliament and the Council. To withdraw a legislative proposal welcomed by a large majority in both institutions would be unacceptable.”

“The example of the Clean Air Policy Package, which is to remain part of the Commission Work Programme, has shown the Commission’s willingness to reconsider its position, notwithstanding the fact that the Clean Air Policy Package sparked a far more controversial debate in the Council than the Circular Economy Package. Also for the Circular Economy Package, the political dialogue should be continued without delay, based on the Commission proposal at hand.”

The Commission’s impact assessment has shown that full implementation of the Circular Economy Package would create 180,000 new jobs in Europe. The Package has an economic potential of 600 billion euro, which equals five times the estimated added value of the Transatlantic Trade and Investment Partnership. FEAD is therefore convinced that the Circular Economy Package should be supported by the Commission not only for environmental reasons, but also because it could be a centrepiece of the new Commission’s strategy to create growth and jobs. 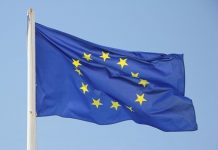 What will the German Presidency deliver on circular economy objective?