Brussels — Jean-Paul Bouysset has been appointed as the ETRA representative to the American Society for Testing and Materials (ASTM) D24 Committee on Carbon Black and to the D24:67 Sustainability committee looking into the standards for pyrolysis “carbon black”. Bouysset is vice president of the European Tyre recycling Association (ETRA) with a special interest in end of life tyre pyrolysis. His position confers voting rights to his membership ensuring that the tyre recycling sector has a direct input into the development of global standards.

This appointment of an ETRA vice president as a voting member on the ASTM D24 committee is an important step in helping to bring about globally recognised standards for the recovered carbon black (rCB) produced by end of life tyre (ELT) pyrolysis. One of the challenges for produces to rCB is that it consists primarily of virgin carbon black with a possible modified surface activity due to the pyrolysis reaction ,of inorganic compounding ingredients originating from the feedstock and cannot match existing standards for Carbon Black. In many markets this creates a barrier to use and the ELT recycling sector has been calling for global standards for some years. The creation of rCB standards would create opportunities for wider use of the potentially valuable resources released from ELT through pyrolysis and gasification.

Jean-Paul Bouysset is a member of AFICEP (French Rubber Engineer Association) and has been active in the Carbon Black industry for 40 years. As ETRA Vice President, he co-chairs the Pyrolysis Forum with Dr Gisèle Jung (ULB). In 1995 he became interested in the growing potential of secondary raw materials produced by post consumer tyre pyrolysis (solid, liquid, gas) and is active in EC funded projects to develop potential of recovered Carbon-Black (r CB).

ASTM LogoASTM Committee D24 on Carbon Black was formed in 1956. D24 meets twice a year, in June and December, with about 30 members attending over three days of technical meetings. The Committee, with a current membership of approximately 60, has jurisdiction of over 34 standards, published in the Annual Book of ASTM Standards, Volume 9.01. D24 has 9 technical subcommittees that maintain jurisdiction over these standards. These standards have and continue to play a pre-eminent role in all aspects important to the industry including: composition, properties, classification, nomenclature, analysis, and quality assurance. 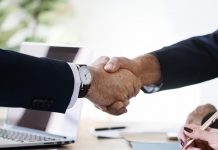 Partner Membership between the associations EuRIC and ETRA 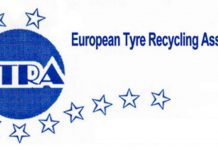 ETRA: 2017 may be a crossroads in the development of tyre recycling

ETRA responds to ECHA: SBR is not bioavailable and not abrasive